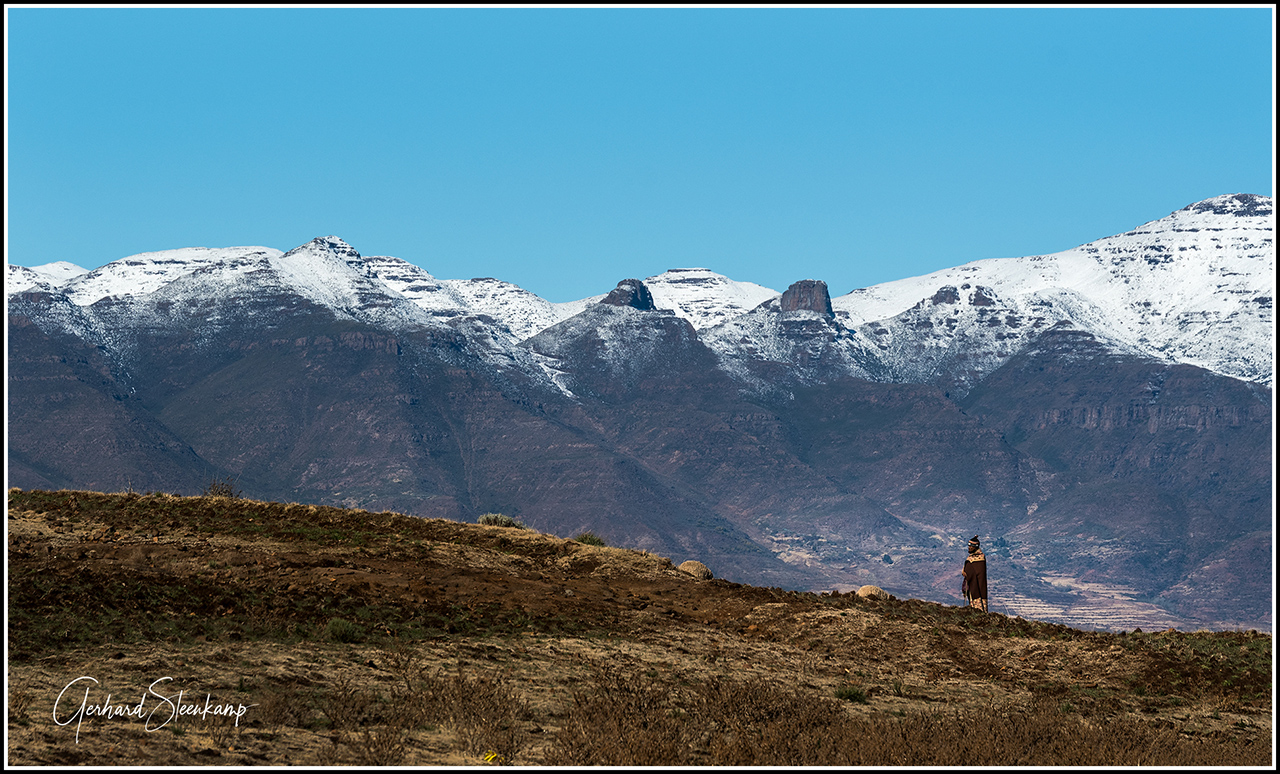 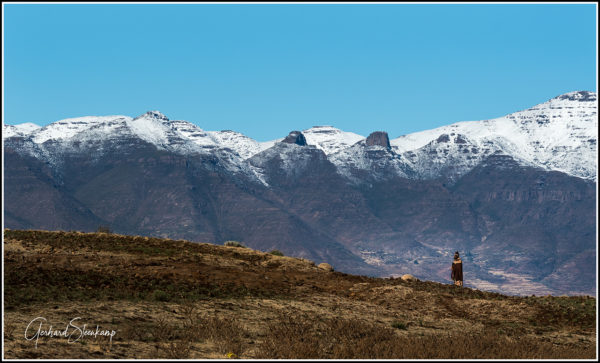 A Shepherd close to Malealea in Lesotho during August 2018.

Malealea is a village in the Mafeteng district in southern Lesotho, located in the Makhaleng valley, 3 kilometers west of the mouth of Botsoela river. The village can be reached from Matelile over 7 km gravel road.  The 2006 census counts 613 inhabitants in “Makhomalong (Malealea)” and “Letlapeng (Malealea)”

Shepherding is among the oldest occupations, beginning some 5,000 years ago in Asia Minor. Sheep were kept for their milk, meat and especially their wool. Over the next thousand years, sheep and shepherding spread throughout Eurasia. Henri Fleisch tentatively suggested the Shepherd Neolithicindustry of Lebanon may date to the Epipaleolithic and that it may have been used by one of the first cultures of nomadic shepherds in the Beqaa Valley.

Some sheep were integrated in the family farm along with other animals such as chickens and pigs. To maintain a large flock, the sheep must be able to move from pasture to pasture. This required the development of an occupation separate from that of the farmer. The duty of shepherds was to keep their flock intact, protect it from predators and guide it to market areas in time for shearing. In ancient times, shepherds also commonly milked their sheep, and made cheese from this milk; few shepherds still do this today.

In many societies, shepherds were an important part of the economy. Unlike farmers, shepherds were often wage earners, being paid to watch the sheep of others. Shepherds also lived apart from society, being largely nomadic. It was mainly a job of solitary males without children, and new shepherds thus needed to be recruited externally. Shepherds were most often the younger sons of farming peasants who did not inherit any land. In other societies, each family would have a family member to shepherd its flock, often a child, youth or an elder who couldn’t help much with harder work; these shepherds were fully integrated in society.