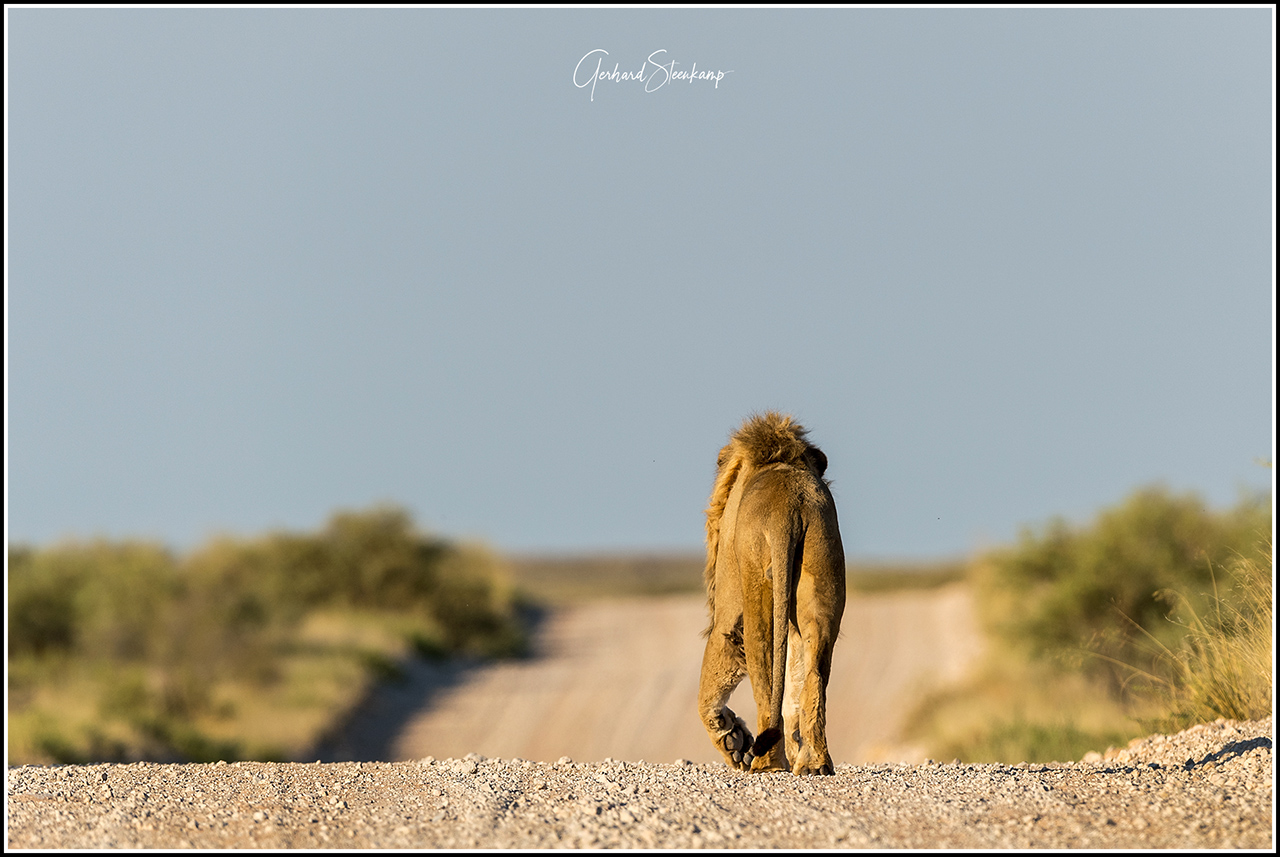 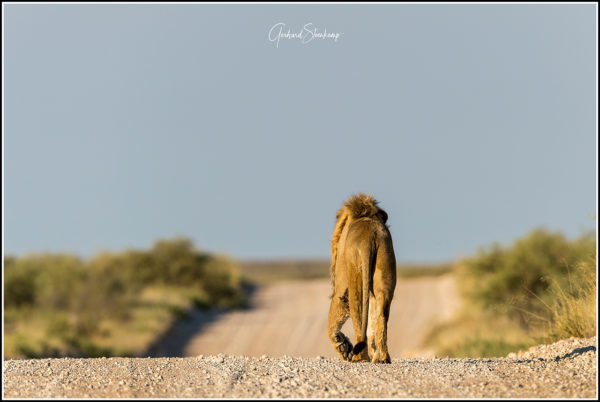 Male lion on the lower dune road in the Kgalagadi Transfrontier Park during November 2018.