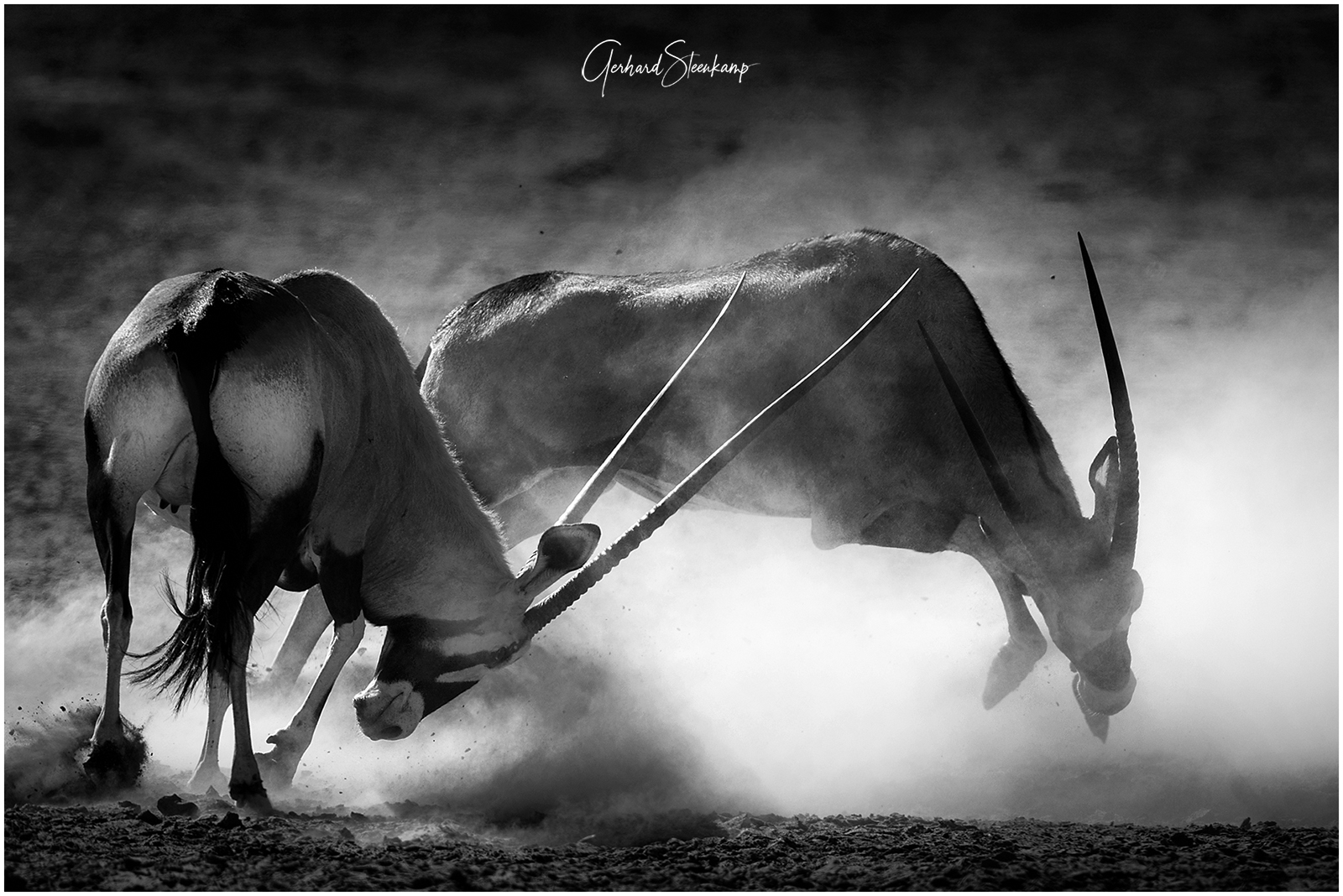 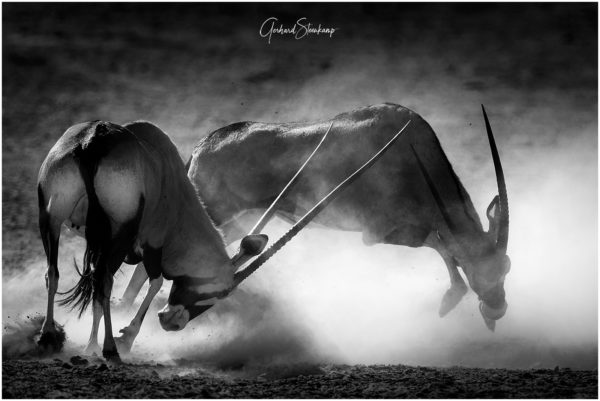 Two fighting Oryx’s on 3 October 2013 in the Kgalagadi Transfrontier Park.

Oryx is a genus consisting of four large antelope species called oryxes. Three of them are native to arid parts of Africa, and the fourth to the Arabian Peninsula. Their fur is pale with contrasting dark markings in the face and on the legs, and their long horns are almost straight. The exception is the scimitar oryx, which lacks dark markings on the legs, only has faint dark markings on the head, has an ochre neck, and horns that are clearly decurved.