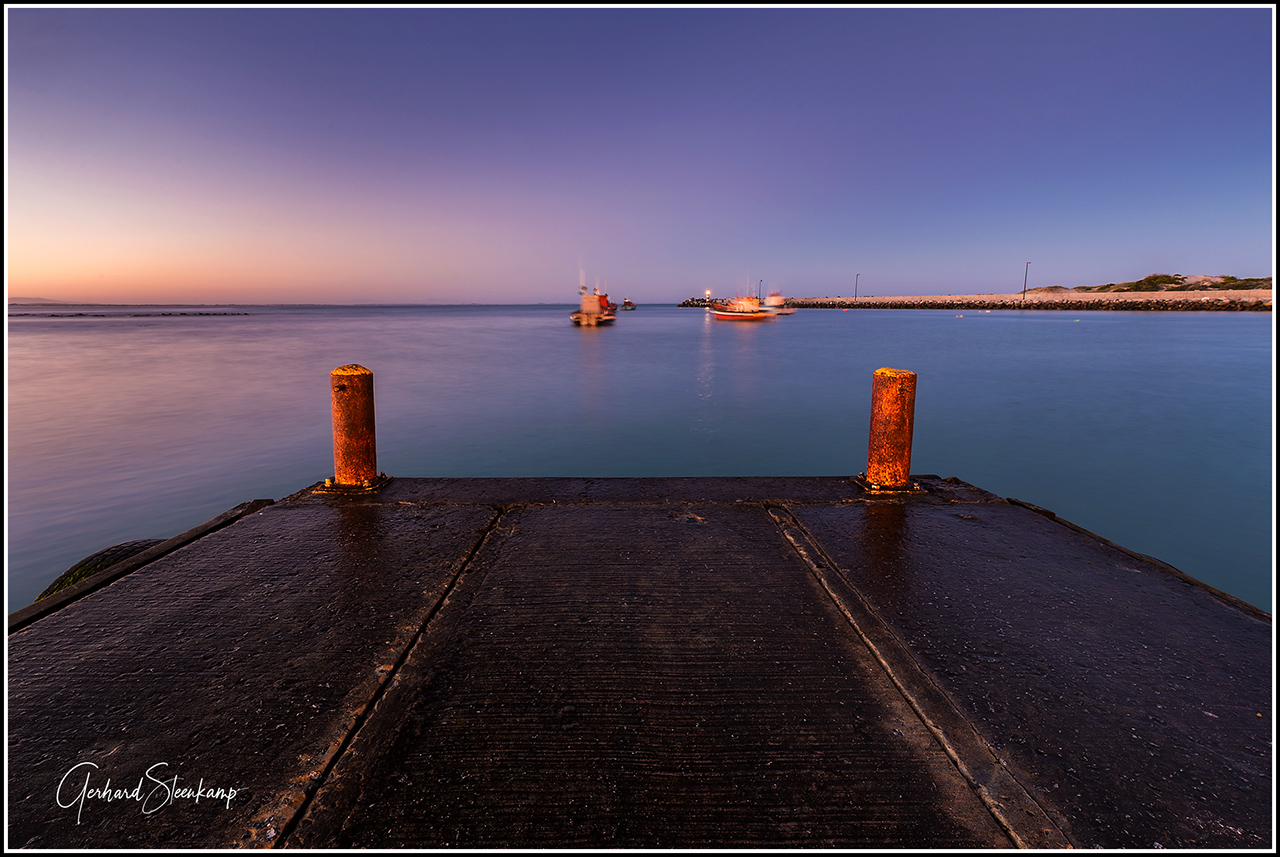 Struisbaai is a coastal settlement in the Overberg region of South Africa’s Western Cape province. The town is in the Cape Agulhas Local Municipality in the Overberg District, about two hundred kilometres south east of Cape Town, and four kilometres from Cape Agulhas, which is the southernmost point of the African continent.

The town is an old fishing village which for many years sported a beautiful natural harbour. Some development has taken place since then but Struisbaai is still relatively untouched by the rigours of over-development. Many fishermen still reside in this settlement but it is now known better for its leisure activities, which include fishing, horseriding, hiking, paintball, quadbiking and diving.

The exact origins of the name of Struisbaai, however, is still a subject of debate. The various historical stories uncover 3 different origins for the name of the town. The first being accredited to the thatch or straw (strooi in Afrikaans) roofs of the fisherman cottages scattered along the coast. Another is the ostriches (“struisvogel” in Dutch) that used to call this area their home, while others believe the name was derived from an old Dutch word meaning “huge” given due to the long stretches of beach. The last origin seems more plausible as Struisbaai holds the longest beach in the Southern Hemisphere which stretches for a total of 14 kilometres.

Struisbaai also hosts the annual Geelstertfees (Yellowtail festival) which revolves around foodstalls, artists and musical performers. Other Top Attractions in the town include the colourful, bustling Struisbaai Harbour where visitors can see the traditional fisherman bring in their daily catch and buy fresh fish. Also not to be missed, is the resident stingray Parrie making an appearance.

The waters off Struisbaai have traditionally been treacherous for shipping, with at least 30 vessels that have run aground since 1673. One of them was the Meermin that stranded in 1766 after a mutiny by the Malagasy slaves that she was carrying, while another was the French ship Jardinière which sank 28 years later.