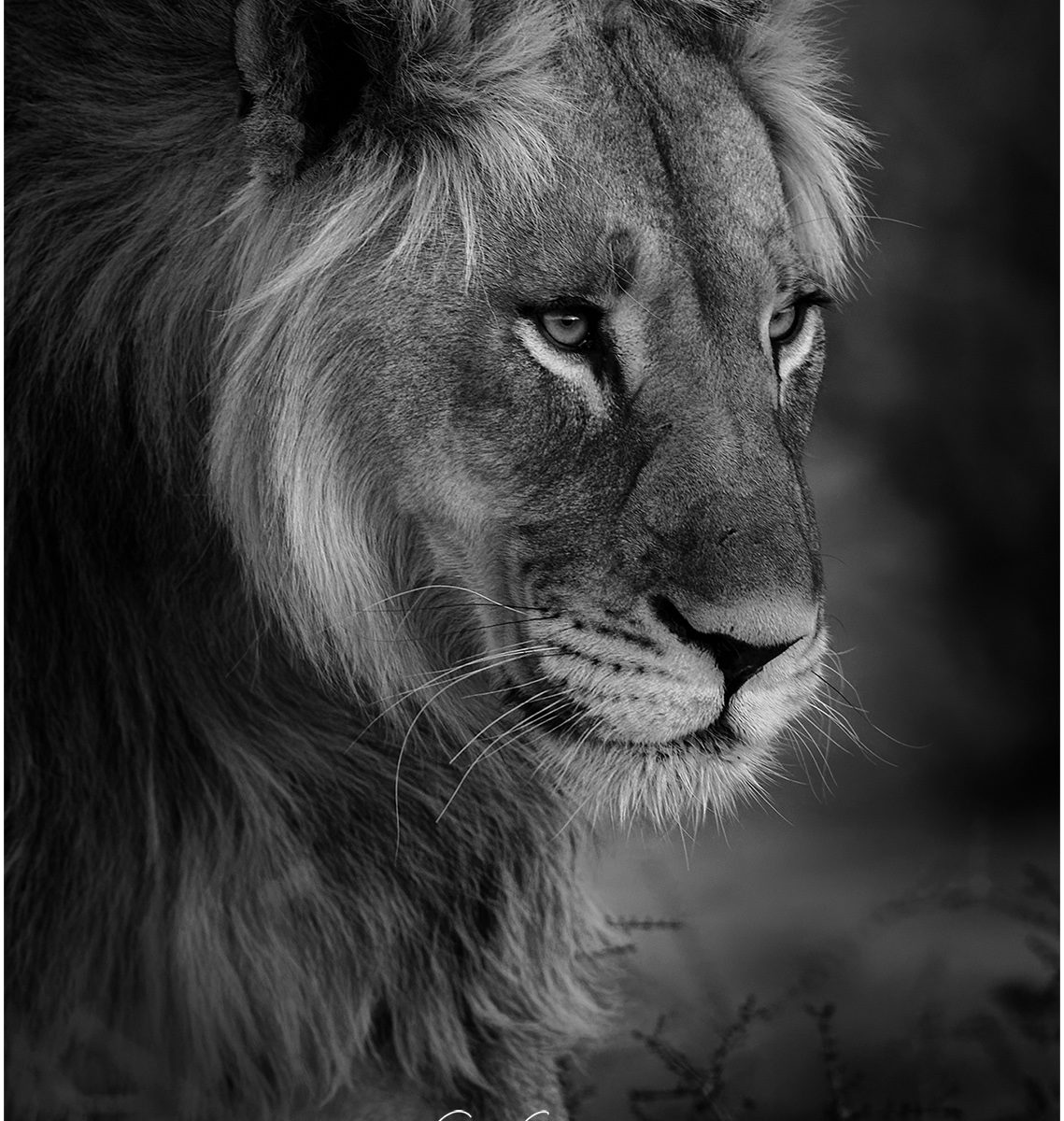 Young male lion at Rooiputs in the Kgalagadi Transfrontier Park during November 2018.It seems that he might become one of the new leaders in the area due to the fact that the established leaders getting a bit long in the teeth.