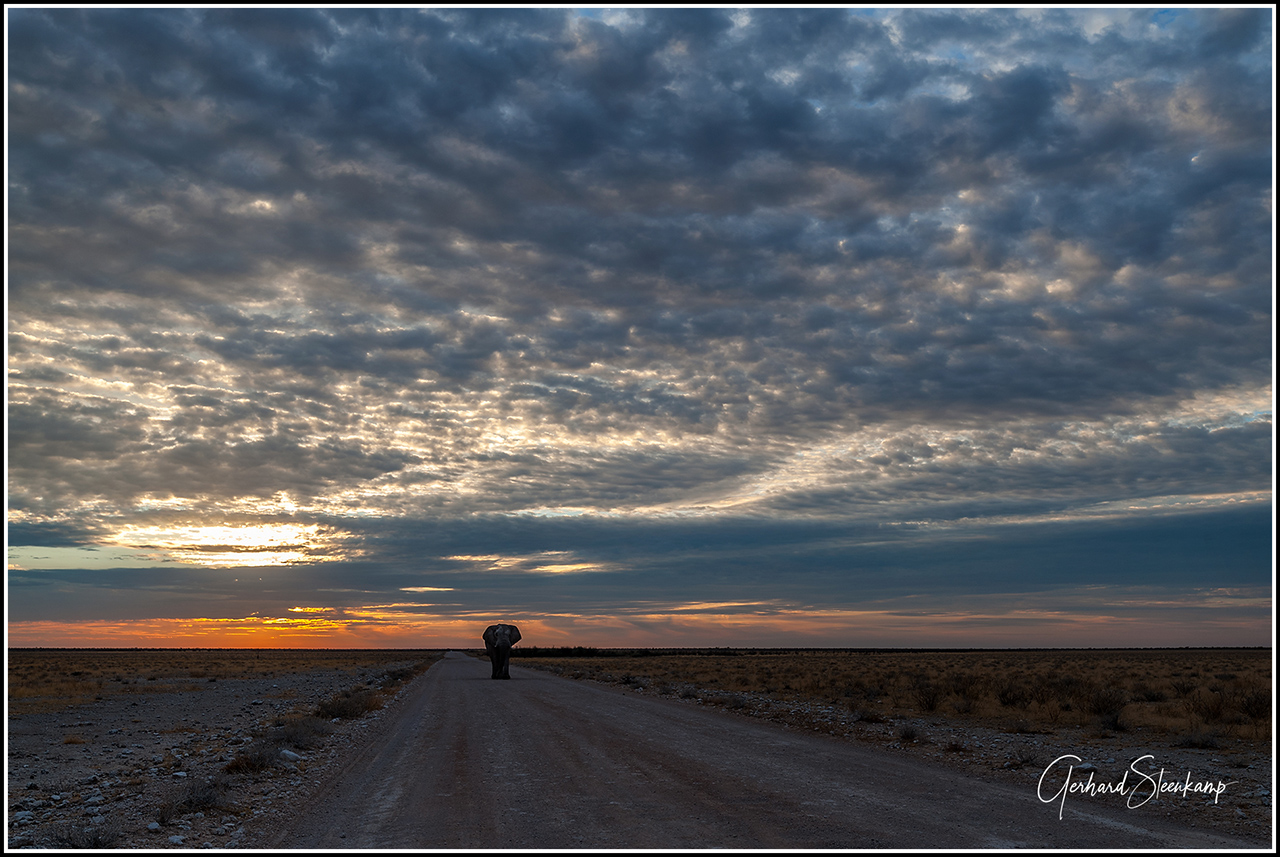 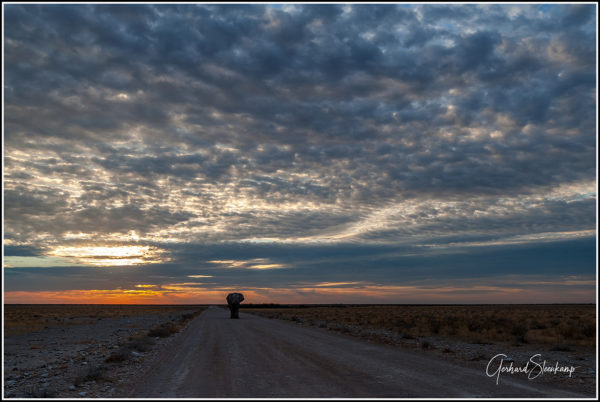 A lonely bull elephant early morning during October 2018 between Okaukuejo and Gemsbokvlakte in Etosha, Namibia

The Etosha pan is a large endorheic salt pan, forming part of the Kalahari Basin in the north of Namibia. The 120-kilometre-long (75-mile-long) dry lakebed and its surroundings are protected as Etosha National Park, one of Namibia’s largest wildlife parks. The pan is mostly dry but after a heavy rain it will acquire a thin layer of water, which is heavily salted by the mineral deposits on the surface of the pan, which most of the year is dry mud coated with salt.