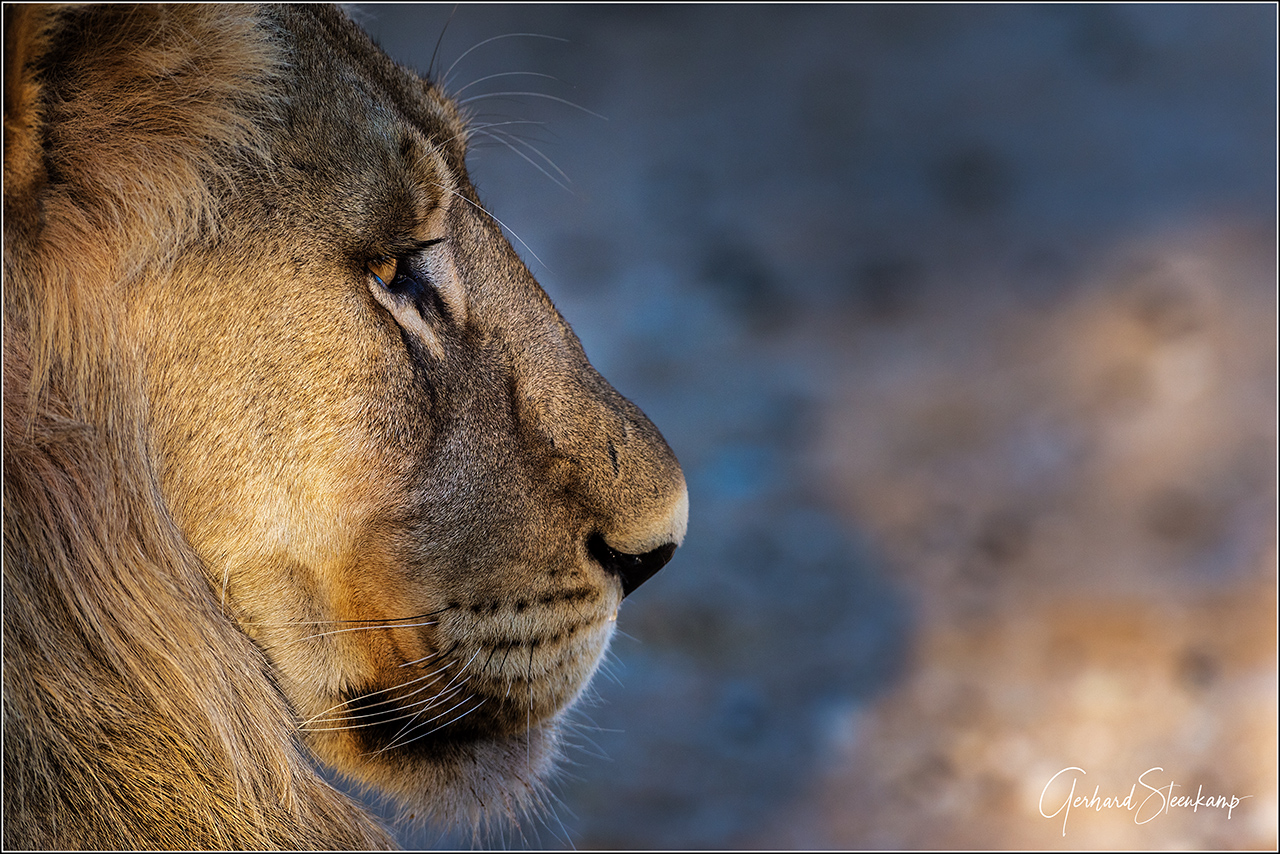 You male lion at Kij Kij waterhole in the Kgalagadi Transfrontier Park during October 2017.